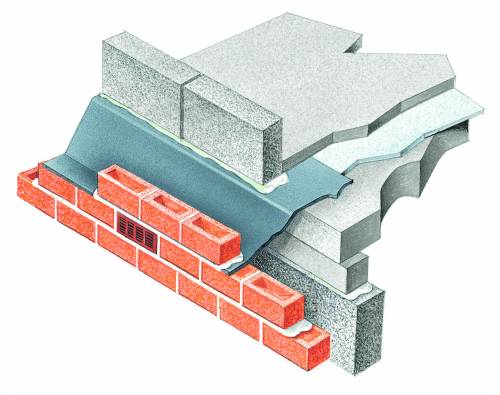 ‘There Is No Safe Level’

The World Health Organization (WHO) and the International Commission on Radiological Protection (ICRP) have recommended radon presence within buildings be reduced to a lower level, as radon is more dangerous to health than first thought and there is ‘no safe level’.

Radon is a natural radioactive gas and there is a risk of lung cancer largely attributable to inhalation of alpha-particle emissions from the radon decay products. The UK government figures acknowledge several thousand avoidable deaths per year are a consequence of exposure to radon.

Radon presence is measured in becquerels per cubic metre and it was previously considered acceptable if a domestic dwelling had a radon presence not exceeding 200 Bq mˉ³  - called the Action Level. But now a new Target Level of 100 Bq mˉ³ in the UK has been announced by the Health Protection Agency. The definition of Target being the level one should aim for.

So why are there now two levels in the UK? And does having two standards suggest this move is a compromise to gradually introduce new levels of resilience to radon infiltration whilst avoiding existing properties that fall short of the safer Target Level being classified as below standard?

The Building Regulations require buildings to incorporate protective measures, so inhabitants are not at risk. But with two UK levels (Action and Target) there is now a danger the easier to meet Action Level will prevail and purchasers of new homes may not be afforded the level that by comparison is safer?

Prof William Angell, Chair of the World Health Organisation International Radon Project advises it is a long-term misconception that indoor radon is naturally occurring. Importantly he advises radon indoors is largely caused by the way homes are designed and built.

It is the person(s) who put the building over the land who are responsible.

Could designer and developer face a duty of care claim in the future if a currently identified health risk is not acted upon now?

What will be the designers and developers position if the inhabitants of the dwelling are not protected to the extent possible?

How desirable will the property and asset value be if UK radon Action or Target Levels are revised further at any time in the future?

There is consensus that under the new Building Regulations structures built to the new more airtight standards will prevent radon dissipation in the manner older structures permit dissipation. Radon concentrations within buildings will intensify / worsen as a consequence.

Two major radon entry routes into a typical dwelling are via the cavity (and consequently into any connection through or via it) and via the floor/internal skin junctions. Both can be easily addressed to minimise radon seeping into the building interior.

Radon cavity barriers located around the base of a building effectively seal the cavity and prevent radon from rising up within it. The barriers extend through the exterior cavity walls and project beyond the inside face of the inside skin sufficiently to integrate with a radon resistant oversite membrane.

The combination establishes an uninterrupted protective screen across the entire footprint of the dwelling, from external face to external face. The principal can be applied to all cavity wall construction and floor/oversite arrangements.

Radon can discharge out of the cavity via ventilating cavibricks located in the exterior masonry skin below barrier level. Above barrier level, regularly spaced caviweeps in perp joints permit water that pools on top of the barrier level to be similarly discharged.

Illustration shows cavity barriers (circled in red) stepping downwardly within the cavity. Water penetrating the exterior skin is arrested and discharged at barrier level. Cavibricks located under the barrier level provide an exit route for radon, which is prevented from rising upwardly. The cavity barrier approach means reliance is not placed on conventional sump extraction (shown in orange) that reduces radon pressure but does not address the physical floor/wall junctions nor the cavity route.

Protecting the entire footprint of a building can remove ’chance’ from the radon equation.  So doing reduces the risk of radon exposure to its inhabitants and complies with the WHO directive. The property is also constructed in a manner that is likely to appeal more compared with a property not meeting the safer Target and Action Levels because of radon presence and accumulation.

Cavity Trays of Yeovil manufactures in excess of 140 radon cavity barrier profiles in dimensions to provide continuous wall and oversite protection. Two styles of radon resistant oversite membrane are available. Cavibricks and Caviweeps are manufactured in a  range of colours and styles.

Interestingly the action level for commercial properties is currently twice that of domestic.  An explanation being that people are less likely to spend as long within a commercial property compared with a domestic property. Paradoxically commercial property includes buildings where inhabitants reside 24 hours a day, highlighting there is an imbalance in the justification.

Cavity Trays Ltd will be pleased to advise on projects of all sizes and submit proposals for consideration.